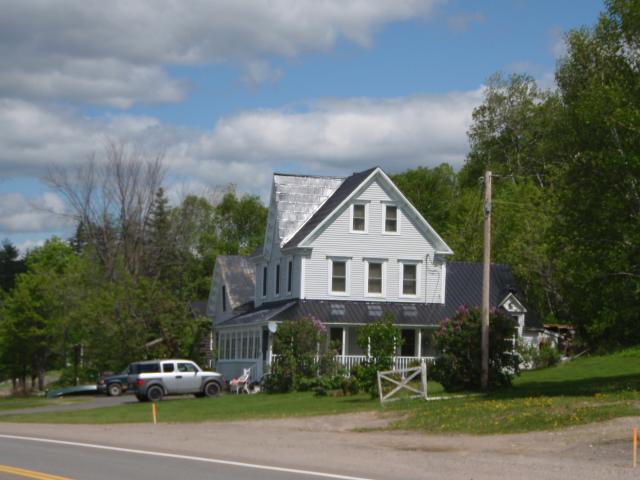 Description: The Chris Whalen Residence is a two and a half story Gothic Revival Home, built circa 1865, and it is located on the South Side of the main thoroughfare in the Rural Community of Upper Miramichi. It is situated among a grouping of historic homes in the community of Boiestown.

Heritage Value: The Chris Whalen Residence, or Whalen's Hotel, is designated a Local Historic Place for it's architecture, for its association with its first resident Christopher Whalen and for its associative historical significance within the community. The Chris Whalen Residence is the finest example of Gothic Revival architecture within the area. It is believed to have been constructed about 1865 by Mr. Whalen, who was a blacksmith by trade, and by local carpenter Mr. Cameron. Whalen operated a stage coach stop here and took overnight guests. Whalen's Hotel was also a terminus for the transient lumberman and log drivers from the upper reaches of the Miramichi  River's tributaries following the season's end. During the heyday of lumbering, Boiestown carried a "rough and tumble" reputation that has been immortalized in poem and song. Whalen's Hotel was known as a gathering place where woodsmen would challenge their brute strength in boxing matches within the place's barn in an area cordoned off with a multicolored pennant. Mr. Whalen also operated a grocery store and post office from a one and a half story structure alongside the home. Following his death in 1893, his children continued to operate the grocery store. Grandson Joe Whalen operated the post office from here following WWII until his untimely death in 1954.

Some character-defining elements associated with the interior of the Chris Whalen Residence include:

The character-defining elements associated with the adjoin structure include: