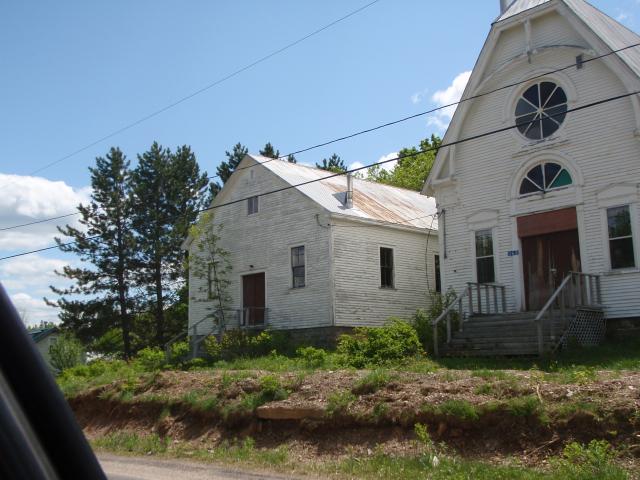 Description: The Bloomfield Ridge Methodist Church is a one and a half story Stick Style/Queen Anne Revival church construction circa 1881. It is situated on the west side of Bloomfield Ridge Road in the Rural Community of Upper Miramichi.

Heritage Value: The Bloomfield Ridge Methodist Church, later the Bloomfield Ridge United Church, is designated a Local Historic Place for its architecture and for its spiritual significance within the Rural Community. This Stick Style ecclesiastical architecture is unique in architectural style as it was popular for a relatively short period of about a decade in around 1880, and it is quite rare for its location in Rural New Brunswick. The influence of the subsequent Queen Anne Revival architectural style is also apparent in this building. The value of the church also resides in the participation of its resident members in seeing through its construction, including; John Fairley, Alexander Smith, John Ferguson, Robert McKay, Kenneth Cameron, Alexander Moir, Alexander MacDonald, Warren Holt and John Scott. Builders involved in its construction, in or shortly before 1878 included Alexander Moir, Alexander Cameron and William Jenkins.